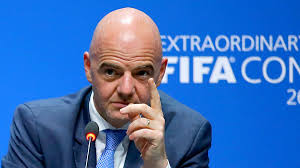 The Swiss international had pushed the expansion plan really hard, contending that it would definitely expand the reach of the game of football across the world. Infantino was used to saying that “Of course it wouldn’t be a cakewalk, but if we can take the decision to play with 48 teams in the 2026 World Cup. Then why can’t we prepone it?” In the end, in spite of all his efforts, tactics and assessment regarding the increment in revenue with a larger tournament, his plan was outplayed by the harsh realities of global politics.

Since 2017, many countries like UAE, Saudi Arabia, and their other allies have been economically boycotting Qatar and the accuse Qatar of extending their supporting hand to the Islamist movements and Iran, which left FIFA in an undesirable position, and as a result not much countries were left to bear the burden of the increased no. of games. One of many observers said that “Gianni has somehow managed to give himself a superior position.” Per contra, another was confused at the determination of Infantino to have a World Cup has 48 teams “because nothing can be gained from it barring some problems”.