Egyptian international Mohamed Salah and English right-back Trent Alexander-Arnold responded to adversity in the best way possible with a goal each to lead Liverpool to an important win over immediate past Scottish champions Rangers. 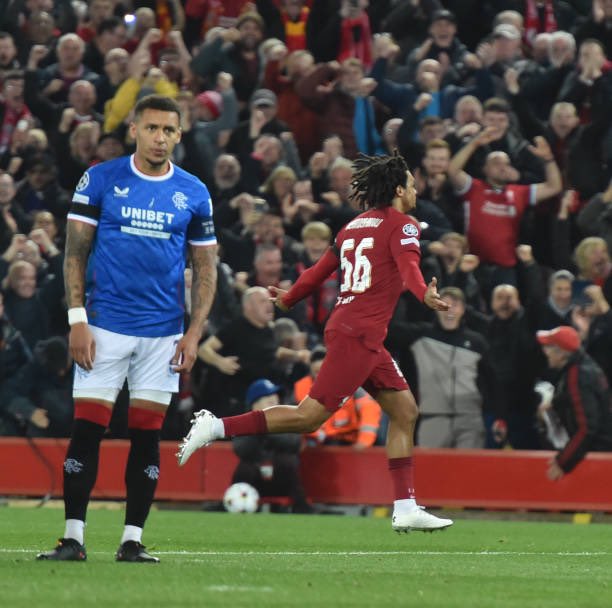 Salah and Alexander-Arnold have not been able to live up to their usual level after a questionable start to the season. The two Liverpool players have struggled for form this season. Salah found the back of the net just three times before the Rangers game, while Alexander-Arnold has struggled defensively.

Liverpool came into the Rangers game on Tuesday on the back of the late 2-1 win over Dutch champions Ajax Amsterdam last month. It was their first Champions League win of the season. The win over Ajax provided the platform for Liverpool to make it two straight wins in the Champions League thanks to the 2-0 victory over Rangers.

Englishman Alexander-Arnold responded to the numerous criticisms of his defensive abilitieswith a stunning free-kick to give Liverpool the lead against Rangers. The right-back is a doubt for the England ahead of the World Cup 2022 tournament after he failed to get a single minute over the course of two UEFA Nations League games during the last international break. England have been drawn in Group B at the World Cup 2022 tournament alongside Iran, the United States of America and Wales.

Egyptian attacker Salah wad the recipient of the second Liverpool goal against Rangers after Luis Diaz was fouled. His goal from 12 yards out at the start of the second half sealed the win for Liverpool and also sealed second spot for them on the Group A table. The Reds are three points off Italian Serie A leaders Napoli who are one of the five teams with a perfect record in the Champions League this season  alongside Belgian side Club Brugge, English champions Manchester City, German side Bayern Munich and Spanish La Liga outfit Real Madrid, the defending champions.