Sweden defeated their hosts South Africa 3-0 in an international friendly. The Swedes had their full European might on display against the Banyana Banyana at Cape Town Stadium on January 21. 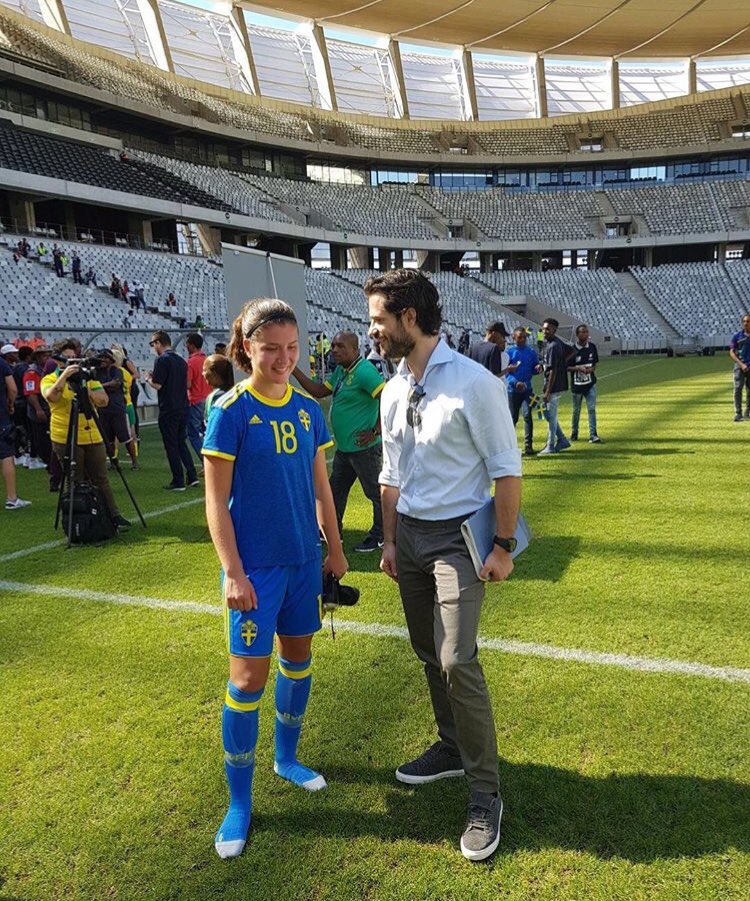 The South African women side tried their best against their opponent but it was obvious that they faced a superior side. The Swedish side were more precise in attack, passed the ball better and maintained tactical discipline. They were patient in the build-up but when they got the chance they buried their hosts.

Sweden dominated the initial stage of the game and then took the lead in the first ten minutes. Their attack resulted in an own goal by Nolufefe Mbane. The goal forced the home side to come out the more. Refiloe Jane and Thembi Kgatlana showed their quality in the middle as the African side tried putting up a fight. Chantelle Esau put Kgatlana through but she lost the chance, when Jane put her through again, she still did not do anything meaningful with the opportunity.

The second half begun with Loreta Kullashi called on to help the attack. She came on and made instant impact. Kullashi connected with a Stine Blackstenius cross to made it 2-0 in the 47th minute. The Swedes kept on with their dominance and then took it further with Kullashi adding the third in the 69th minute.

South Africa lost but they learnt a lot of lessons from the game. They discovered their lapses and weak points. The fans were always behind Kgatlana anytime she was with the ball as they knew she was a dangerous star in attack. She proved that she could grow into a world class star with more exposure. Coach Des Ellis is expected to draw up plans moving forward after losing the first game of the New Year.