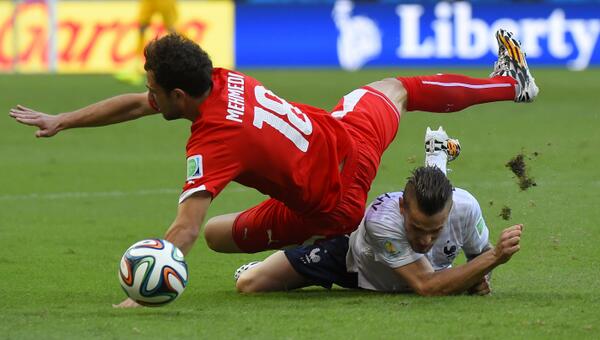 Switzerland only have two matches left in the qualification group and they will take place in October. If the national team manages to win both these matches, they will be able to finish ahead of Portugal irrespective of the results from Fernando Santos team.

Portugal are three points behind in the table but have a significantly better goal difference. Former Lazio managerPetkovic will be disappointed at the team’s inability to score many goals past Andorra and Latvia. Both teams are regarded as the whipping boys in the group and are bottom of the table.

Both teams have conceded 17 and 18 goals respectively, but Switzerland were only able to score three goals against Latvia and Andorra in the latest league games. Reaching the World Cup finals will be a major achievement for Switzerland, who have been able to reach the last three editions of the World Cup without fail. Previously, the national team did not reach the World Cup in the 1998 and 2002 editions. However, a major challenge for Petkovic would be to get the team beyond the round of 16 and into the quarter-finals. Switzerland have been knocked out at the round of 16 in two out of the last three world cups.